The first time André Leon Talley walked into the old location of our restaurant, then located at 405 West Rosemary Street, Chapel Hill, NC, we saw this tall, casually-dressed gentleman in a jogger’s outfit who claimed his seat in front of the window. I served as his waiter each time he came to the restaurant for his weekly dinners.

At Mama Dip’s Kitchen, we usually recognize each customer who walks through the door, and can tell if they’re visiting for the first time, are revisiting, or a regular. This was a meeting unlike others. André had an air of mystery. My daughter Tonya and I usually worked the shift when André visited Mama Dip’s Kitchen for his dinners. We would jokingly ask him if he was in the witness protection program, and he would laugh with us.

When you work in a family restaurant, you gradually get comfortable with regular customers and treat them as if they are part of the family. Once I got past the server language—Hello, how are you? What can I get for you? Enjoy your meal. Thank you, have a great day!—then the question becomes, where is your home? André tells us he is from Durham, NC. He recently moved back to live in NYC from Paris, France. He worked as the European Editor for Vanity Fair and is an editor and Creative Director of  Vogue Magazine. Okay, I thought to myself, where are the high-style fashions you are not wearing? Finally, I had gotten friendly enough with him to declare, “Yeah, Right?” (we do not believe you).  We listened to his stories about styling covers for different celebrities for the magazine. He would return to have dinner with us each week, sitting at his favorite table near the window where he would occasionally look outside.

Living in cities with mass transportation, he never felt the need to have a driver’s license. So his source of transportation to Mama Dip’s Kitchen was a taxi, and the driver ate his meals with André. We liked André—he was a nice, friendly person and we appreciated his company when he visited us for dinner.

I offered to give him a ride if he needed to go anywhere: “Just give me a call.”  We exchanged numbers, and our friendship began. We would do what most friends do, go out to lunch or dinner, see a movie, cruise bookstores. Then, I would invite him for dinner at my home. He complimented me on my house, saying it was beautiful and inviting. André had come to dinner on one occasion, and the next day he called me and asked why I did not offer him stewed corn to take home. I told him he should have asked, and I took some leftovers from the party over to his house.

His home was beautifully decorated with period furniture and chic accessories he acquired on his many travels around the world. My first impression was that of a Parisian apartment. His collection of antique walking canes placed in a porcelain container in the entry hall.  A huge, round,  polished mahogany dining table with a group of coffee table books on fashion icons and an enormous Bible, the largest I had ever seen, with a padded leather cover decorated with gold motifs. On the wall next to his sitting room was a large photo of him sitting with his legs crossed, wearing a black tuxedo with crystal-buckled shoes. I love that picture of André with those lovely shoes. He gave me a tour of his home. He showed me his grandmother’s bedroom that she used when she was alive. it was perfectly decorated with florals and I felt her presence in her room. I could tell from the candles, with wicks that had been lit, that he visited her room often, and it was a special place for him to remember her. We did not spend a lot of time at his home—mostly drinking a cup of hot tea and sitting and chatting for a while. We talked about his grandmother raising him, his two aunts, and his visits with them each time he came to town. We talked about current events. He told me that Andy Warhol gave him his first job, how special Diana Vreeland was to him, and her influence on his career.

He shared stories about his winter vacation with Mariah Carey. She had invited him to be her guest in Aspen, CO. The most memorable part of the vacation was when she took him on an evening horse-drawn sleigh ride, how they kept warm with fur blankets, and how much fun and generous Mariah was. He said Aspen was where the celebrities party in the winter to be photographed in order to stay relevant.

I never knew where I might find André when I called. I called him one day while he was visiting Paris and he was at Karl Lagerfeld’s home.

He once asked me to give him a ride to his home from RDU Airport, and to my surprise, he gave me a brown with gold thread double-breasted Chanel wide leg pantsuit. And the following year, he gave me a Chanel handbag to match. I told André the thread in the suit matches the handbag. His response was, “I told you,” speaking of his gifts for all things fashion.

One of my most memorable moments with André was the time he was given a bike (I forget by who) to ride about town. He told me he rode the bike facing traffic. I told him he needed to ride the bike with traffic and he called to tell me he was afraid that he would be pushed off the road, so he gave up biking. I thought that he needed to get his license and a car to drive when he visited his home in Durham, even if he did not take the car to NYC. He completed driver’s school and, one day, asked me to take him to the DMV to take the test to get his license. I said, “André, make sure you read the book before you take the test. From my experience, the traffic sign part can be tricky.” Well, he did not think he needed to. While I waited in the car, he appeared with a dumbfounded look on his face. He had missed too many questions.

The next day, I got a call from André. He was excited. He had retaken the driver’s test and got his driver’s license. So he rented a car, drove to the western end of I-40 (the Burlington-Greensboro area), stopped at a restaurant, met a family who was having lunch, and joined them at their table. He then drove to Washington, DC where he called me.

The last time I saw André was when he visited before Covid-19, and he came to Mama Dip’s Kitchen. He now lived in White Plains, NY, and did not come to Durham as often since he found that part of New York a great place to relax. But, he called, and we would talk about his new home and gardens that he was tending, a tree that needed to be removed because it was diseased, and his new friends and neighbors and favorite place to eat. He loved his new home.

I will miss his Southern-New York-French accent, his kindness, good heart, and just being a beautiful down-to-earth person, and, most of all, the times we spent with him having dinner at Mama Dip’s Kitchen. 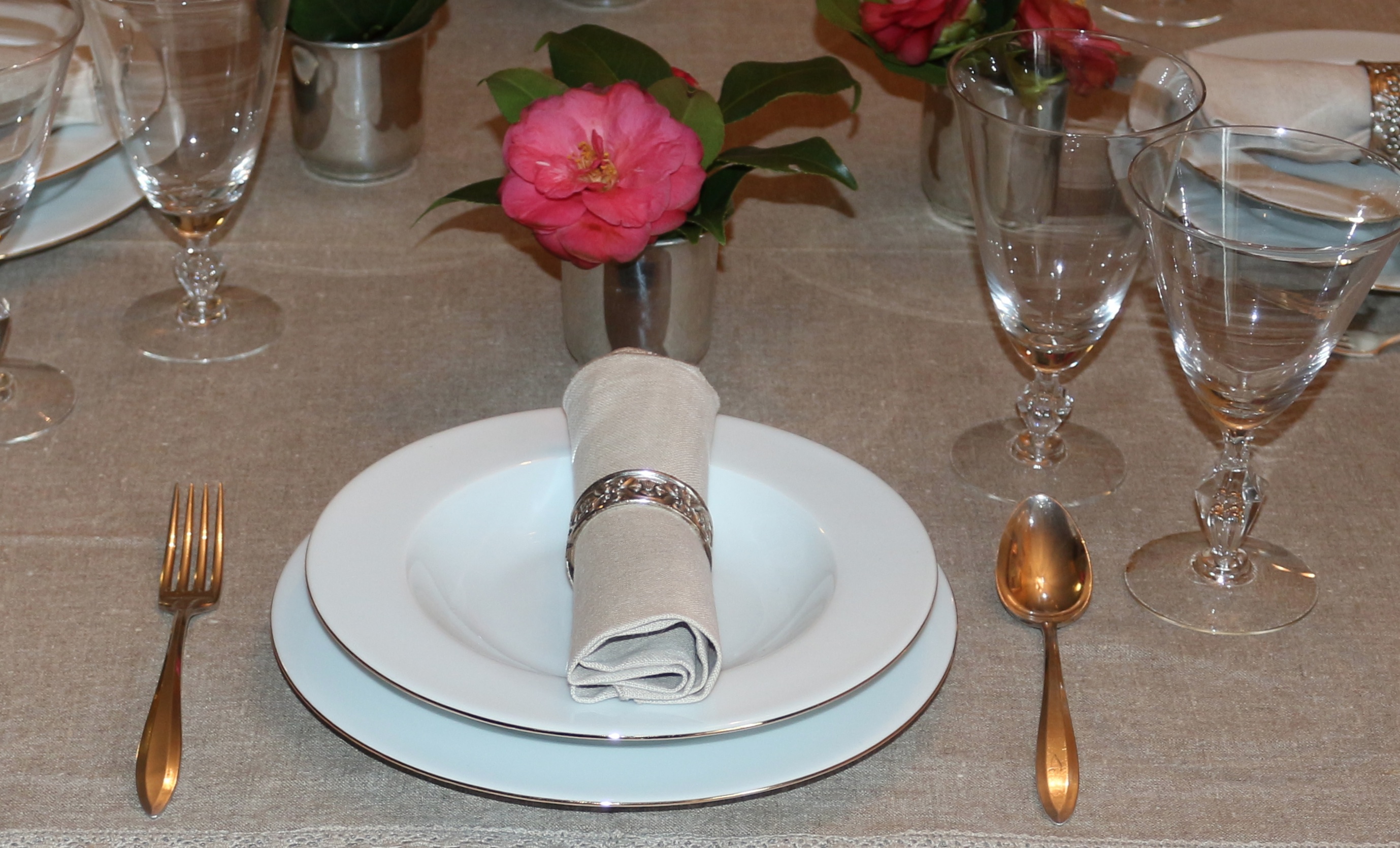 4 responses to “Dinner with Andre’”